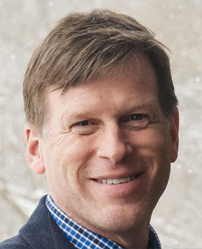 Timothy Beal is Distinguished University Professor, Florence Harkness Professor of Religion, and Director of h.lab at Case Western Reserve University. He is Co-PI, with Joy Bostic, of the Humanities in Leadership Learning Series (HILLS), funded by the Andrew W. Mellon Foundation, and PI of Finite Futures: Imagining Alternative Ways Forward in the Anthropocene, funded by the Henry Luce Foundation. He has served as Interim Dean of the College of Arts and Sciences (2019), Chair of the Department of Religious Studies (2015-21), and Director of the Baker-Nord Center for the Humanities (2003-07). He has published sixteen books, including When Time Is Short: Finding Our Way in the Anthropocene, and The Book of Revelation: A Biography, for which he won a Public Scholar Award from the National Endowment for the Humanities, and his essays have appeared in The New York Times, The Wall Street Journal, The Washington Post, and The Chronicle of Higher Education, among others. 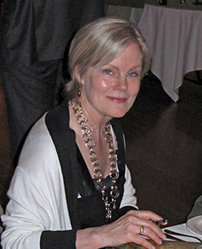 Georgia Cowart is a professor of music at Case Western Reserve University, where she has chaired the departments of music and English. Early in her career she founded Harmony, a school for the creative arts based on inclusive theories of learning and community. At Case, she studies and teaches the history and interconnections of music, the arts, and cultural politics. She has held fellowships from the Metropolitan Museum of Art, the Stanford Humanities Center, the NEH, and the ACLS. In 2020 she was elected to Honorary Membership in the Society for Seventeenth-Century Music for the “virtuoso performances” of her scholarly output along with her mentoring and service to the field. She has served as President of SSCM and is currently President Elect of the American Musicological Society. Uniting all of her teaching and administrative activities is her belief in a “radical hospitality” that builds on a welcoming acceptance of individuals as the foundation of learning and of change. 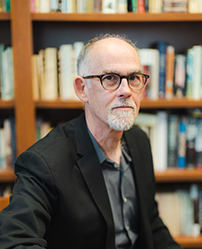 Kevin Dettmar is W. M. Keck Professor of English at Pomona College and Founding Director of the Pomona College Humanities Studio. With a PhD in modern British literature from UCLA, he taught at Loyola Marymount University, Clemson University, Columbia University, and Southern Illinois University, Carbondale, before coming to Pomona in 2008.

A scholar of literary modernism by vocation, he has published widely on twentieth-century and contemporary British and Irish fiction. His first book, The Illicit Joyce of Postmodernism: Reading Against the Grain, was published in 1996. He has edited three volumes of critical essays on modernism: Rereading the New: A Backward Glance at Modernism (1994); Marketing Modernisms: Self-Promotion, Canonization, and Rereading (1996; with Stephen Watt); and A Companion to Modernist Literature and Culture (2006; with David Bradshaw). He served as General Editor for the Longman Anthology of British Literature, a classroom text, and as series editor, with Mark Wollaeger, of the Oxford University Press series Modernist Literature & Culture. He is past-President of the Modernist Studies Association and the Midwest Modern Language Association. He has twice directed NEH Summer Seminars for College and University teachers in Dublin, Ireland, on James Joyce’s Ulysses. With William S. Brockman, Robert Spoo, Ronan Crowley, and Dirk van Hulle, he is now at work compiling an online edition of the nearly 2,000 unpublished letters of James Joyce hosted by the University of Antwerp.

While a literary scholar by training, Dettmar has become a popular music critic by avocation. In 1999, he edited Reading Rock & Roll: Authenticity, Appropriation, Aesthetics, with William Richey. Is Rock Dead? followed, in 2006; he also edited the Cambridge Companion to Bob Dylan (2009), a popular music history textbook, Think Rock (2010), and with Jonathan Lethem, Shake It Up: Great American Writing on Rock and Pop from Elvis to Jay Z (2017). He has served on the Executive Committee of the International Association for the Study of Popular Music, U.S. Branch (IASPM-US), and served a term as the Editor-in-Chief of the Association’s Journal of Popular Music Studies. In 2014, he published a volume in the Continuum/Bloomsbury series 33⅓ on Gang of Four’s 1979 debut album, Entertainment!, and for two years served as co-editor of the series. His literary and cultural journalism, as well as his writing on higher education administration, has appeared in The New Yorker, The Atlantic, the New York Times, the Los Angeles Times, the Chronicle of Higher Education, and other magazines and newspapers.

Dettmar has served administratively as Associate Dean for Academic Affairs and as Department Chair in three different departments at two different institutions; he chaired Pomona’s English department from 2008 to 2018, and is currently acting chair of the Department of Theatre and Dance. He has served on the Executive Committee of the Association of Departments of English, the arm of the Modern Language Association devoted to departmental administration, and has published in the Association’s journal, Profession. His book How to Chair a Department will be published in September 2022 by Johns Hopkins University Press. 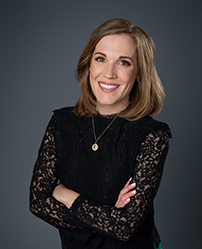 Katherine is an Associate Professor of English at the University of Nevada, Reno, where she has previously served as the director of the interdisciplinary Core Humanities program and developed the popular Cinema and Media Studies minor. Prior to UNR, Katherine served as the assistant director of Vanderbilt’s Writing Studio, developing workshops and programming and coaching writers at every stage and level. In addition to her work inside institutions, Katherine runs a coaching business focused on helping mid-career faculty create and achieve meaningful goals after tenure.

Katherine’s scholarship focuses on American literature and film studies. She has written two academic books and over a dozen articles, some of which have won the most prestigious awards in her field. She has also written about motherhood and popular culture for public-facing outlets such as Avidly, The Atlantic, and Harper’s Bazaar.

Katherine lives with another-teacher scholar, two wild little girls, and a farty old golden doodle named Biscuit. Her favorite non-work pursuit is finding the group fitness class that has the best music and feels most like a nightclub without nightclub hours. 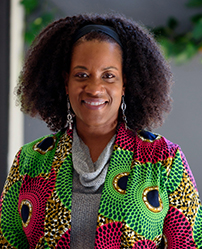 Julia S. Jordan-Zachery is professor and chair of the Women’s, Gender and Sexuality Studies Department at Wake Forest University. Her interdisciplinary research focuses on African American women and public policy. She is also the author of the award-winning book “Black women, cultural images and social policy” (2009 Routledge) and “Shadow Bodies: Black Women, Ideology, Representation, and Politics” (Rutgers University Press, 2017) and several articles and edited volumes including “Black Girl Magic Beyond the Hashtag” (Arizona University Press, 2019). Jordan-Zachery has also produced the documentary Healing Roots. Jordan-Zachery was awarded the Accinno Teaching Award, Providence College (2015-2016). Jordan-Zachery serves as the President of the Association for Ethnic Studies. 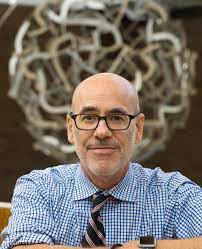 Dr. Wertheimer is the author of Underwriting: The Poetics of Insurance in America, (Stanford University Press, 2006) and Imagined Empires: Incas, Aztecs, and the New World of American Literature, 1771-1876, (Cambridge University Press, 1998; paperback 2009). He was the founder and past Director of ASU’s Center for Critical Inquiry and Cultural Studies. He is, with Monica Casper, the co-editor of a volume of essays, Critical Trauma Studies: Understanding Violence, Conflict and Memory in Everyday Life (NYU Press, 2016). He has published articles on topics in early and nineteenth century American literature in American Literature, Early American Literature, Nineteenth Century Literature, The Canadian Review of American Studies, boundary2, and Arizona Quarterly.

Dr. Wertheimer has been a contributor to many professional organizations, including the Modern Language Association’s Publication Committee, editorial board member for Early American Literature, NEH review panelist, board member for the Nineteenth Century Studies Association, and a reviewer of manuscripts for numerous major journals and university presses. His teaching has been honored with a Barrett Honors College ASU Faculty Fellowship and twice he has been nominated for ASU Professor of the Year. He has led inter-university and international projects funded by the Mellon Foundation and the Luce Foundation. Professor Wertheimer has published poetry in Exquisite Corpse, Tupelo Quarterly, Perihelion, Diagram, Shampoo, Adirondack Review, Muse Apprentice Guild, among other journals. His book of poetry, Mylar, was published by blazeVOX Press in 2012. His latest book of poetry, Regulus, was published by Hoot & Waddle/Four Chambers Press in 2018.